skip to main | skip to sidebar

The 1970's were a unique era in Bollywood, one that saw the first SuperStar, as well as the first dethroning of the reigning SuperStar with a "angry young man". Hindi films & stars, especially male, threw of the yoke of Hollywood with original styles. Some may charitably label them as somewhat unorthodox, others would use the stronger "certifiably lunatic". I prefer "Over The Top"; a phrase defined byWikipedia as "Bold; Beyond Normal, Expected, or Reasonable Limits; Excessive; Outrageous".
Supporters of these stars can use these songs as examples of their greatness, and simultaneously, their detractors can use them as examples of egregiousness. This, I suppose, is the beauty of these songs; and I might add of the entire 1970'sBollywood era.

I present 10 songs that fit this category, readers are encouraged to add their own. 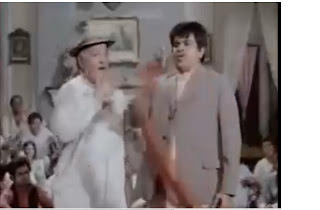 Dilip Kumar made a career playing serious roles that won a lot of acclaim. Even a highly respected and seasoned star like him was not immune to the 70's "Over The Top" bug; and this song is a great example. Dilip has earlier alcohol related songs, and they are in keeping with his status; this one just crosses over the limit.

His colleague Dev Anand also has some songs that fit this category, one is from the Bullet --- "Bullet Bullet Bullet, Dekho Ye Kya Hai"

9) My Name is Anthony Gonsalves 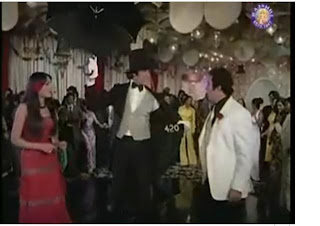 The angry young man SuperStar Amitabh Bachchan won his title with several song-less films for his character. Then he did a 180-degree turnaround in "Amar Akbar Anthony"; with songs and a happy-go-lucky character. He perfected the "Bombay Mawaali", and this song typifies it. When this film was released, this song may have been just "Over The Top"; now it is a timeless classic. 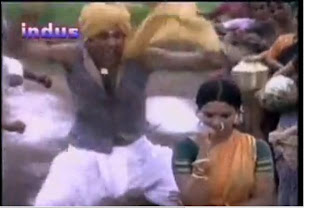 Dharmendra borrows from another "Over The Top" star of Marathi films, Dada Kondke, the Marathi attire and song lines speak for themselves. Could this be a solution to the regionalism issue in India ?; a person immigrated from another region has to wear (at least once) a costume of the home region. 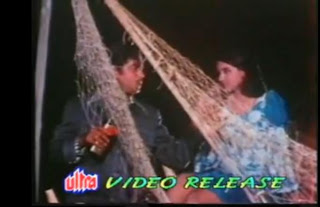 All Gori's are hereby ordered to loose their senses (er!, fall in love) by His Lordship the First Earl of Shotgun. Please remember this is a once in a lifetime opportunity, do not squander it. Who says Hindi Movies do not contain any originality ? I defy anyone to find the original Shatrughan Sinha in any other film industry. 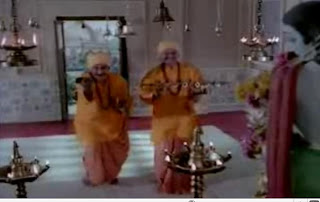 Two yesteryear stars stuck in either serious (Ashok Kumar) or villain (Pran) roles, break out of the mold with zany performances. Their sense of comedy is quite hilarious, the scenes inside the mandir are a stroke of genius. Gratuitous addition of the eunuch & the main villain make this song go "Over The Top". 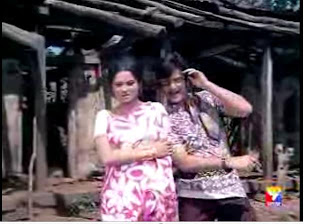 Let us inventory this "gentleman's" assets :- a) A broken down cottage b) One flowery printed shirt c) A colorful scarf tied around the neck d) One pair of cheap sunglasses. e) Most probably a career in "import-export".
What more could any Sundari want ?
After Amitabh, Jeetendra was the best at playing the Bombay Mawaali; his defining song from the 80's movie Mawaali --- Main Hoon Mawaali 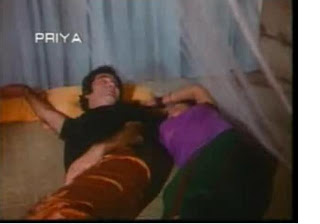 Feroz Khan (may he rest in peace) was always oh so cool in his own productions, probably a sense of scientific exploration lead him to do this third-party film. He desires to perform some "birds & the bees" experiments with his in-film wife Rekha. Remember the hilarious scene between Anthony Hopkins & Hugh Grant in "Remains of the Day"; the one where AH explains "birds & the bees" to a young adult HG. Instead, AH could have shown this song to HG; all would have been clear. Or would it ? Remember this is 1970's Bollywood; and even with an "A" certificate all is you get to see is this pair dressed in garishly colored lungis rolling on the bed at arms length. But wait, there is a topless scene at the end of the song. OK simmer down, it is just Feroz. 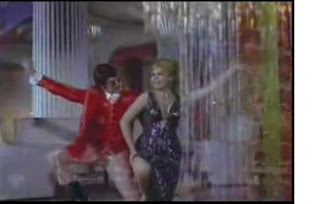 The then reigning SuperStar Rajesh Khanna emphatically creates a new mantra for the 70's. "Over The Top" costumes & songs earlier reserved for "comic" actors, can be the domain of heroes & heroines (That is Mumtaz in a blond wig). A recent cult hit "Kaminey" pays homage to the enduring "magic" of this song, by including it in its soundtrack. Rajesh's supporters probably have a hard time justifying this song, his detractors certainly have ammunition for their stance. 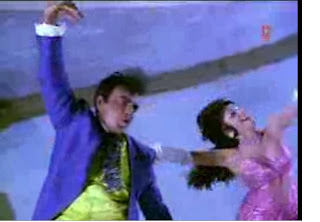 Mehmood defined "Over The Top" in the 60's, but in the 70's he took it to another level. The lyrics of this song (imploring a lady to shall we say "dance rapidly and at once"), and the colorful neon costumes certainly prove the case. 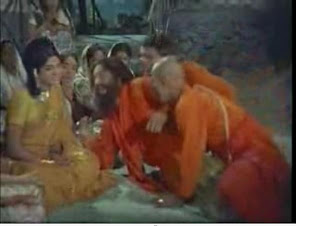 The top spot has to be reserved for the most zany eccentric genius of them all, Kishore Kumar. Not only did he provide the playback voice for other stars in other movies, he himself acts and sings in this under-rated classic. Note the almost synchronized movements of the devotees, add to it a mild spoof of then Bollywood heroes, and subtle digs at the Taxman; this most certainly deserves the #1 spot.

I would like to add some of the inspirations for this post, something I should done earlier, but better late than never.
1) Shanti "The Reviewer's" post on "Tapori Songs" from another website.
2) Top Ten Song Posts of Memsaabstory.
3) Top Ten Song Posts of DustedOff
4) "Sita-Ji's" brilliant posts on Bollywood.